Since the start of the peace negotiations in 2016, the Principals – President Nyusi, and the leaders of Renamo, the late Afonso Dhlakama and his successor Ossufo Momade, have provided guidance and leadership to the process, steering it at each critical juncture. They jointly agreed the implementation structures to support the different phases of the process. These structures (detailed below), comprising both Government and Renamo officials, helped embed national ownership and build consensus on key issues.

At the official launch of the national peace process on 1 March 2017, the Principals put in place the following key structures to work on the contested issues of decentralisation and military affairs;

A Commission on Decentralisation was established to design a proposal for a new framework for decentralisation. The Commission made proposals related to the election of governors and the model of allocation of revenues among other issues.

A Commission on Military Affairs was established to work on the creation of non-partisan security services along with an effective DDR process.

A Joint Monitoring and Verification Team was established to oversee adherence to the ceasefire and investigate reports of conflicts as a confidence building measure.

A Contact Group was formed and tasked with providing coordinated financial and technical assistance to the process. It was chaired by then Swiss Ambassador to Mozambique, Mirko Manzoni.

International experts were appointed to provide technical assistance to the commissions.

With national ownership at its centre, the process made significant advances including an indefinite truce which was announced in May 2017. This was a significant confidence building measure which built trust between both Parties. Within one year, an agreement was reached on one of the key issues of decentralisation, which led to a revision of the constitution in May 2018.

Reaching this milestone was not easy, and it involved extended months of negotiations, support of external technical advisors and numerous revisions to the key documents. It was further complicated by the unexpected death of Renamo leader Afonso Dhlakama on 3rd May 2018. Extensive discussions had been held prior to Dhlakama’s death but little had been put down on paper. The mediators worked diligently with the Renamo leadership to bring his successor, Ossufo Momade, up to speed. The fact that the decentralization reforms were agreed upon so soon after Dhlakama’s death is testament to the wider commitment of Renamo to achieve peace.

With progress made on decentralisation, the peace process moved to its next phase. On 6 August 2018, the signing of the Memorandum of Understanding on Military Affairs, committed both Government and Renamo to advance on the central issue of disarmament, demobilisation and reintegration (DDR). The Principals agreed to a similar structure to support implementation of the agreement. It had the following key components (all of which are active today):

The Military Affairs Commission (MAC) has the overall responsibility to supervise and monitor the implementation of the DDR and Placement. The MAC compromises members of both Government and Renamo.

In the fulfilment of their duties, the MAC are assisted by specialized Joint Technical Groups, namely:

The Joint Technical Group on Disarmament, Demobilization and Reintegration (JTGDDR) comprising of six national experts whose role is to provide technical assistance to the Technical Group, particularly, with regards to monitoring disarmament. They are appointed by their respective parties.

(Post-conflict phase): With the signing of the Maputo Accord for Peace and National Reconciliation on 6 August 2019, the process entered its third phase, a post-conflict one. The Principals agreed to put in place additional structures to support the ongoing work of the DDR structures put in place during phase 2.

The Personal Envoy of the Secretary General of the United Nations and the then Ambassador of Switzerland in Mozambique, Mirko Manzoni, is responsible for facilitating the dialogue between the Government of Mozambique and Renamo, as well as the implementation of the Agreement.

2. A representative of UNOPS (United Nations Office of Project Services); and

3. A representative of the donors.

2. The Board shall be responsible for guiding the Secretariat in the performance of its functions.
• Basket Fund to Support the Implementation of the Agreement 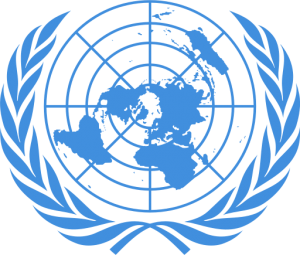 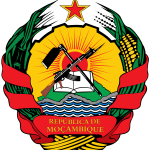